Duendecillo P is tested  by WFFS and is clean (N/N) and  does not  carry the gene.

In november 2011 the stallion moved to Sweden and is trained and ridden by Jeanna Högberg and they have competed with success ever since. Year 2014 they started to compete internationally small tour and after breeding season the stallion made a debut in GP as well.  The last but not least, the stallion was approved in Hannoveraner Verban in december 2014 (Hannoveranerförbundets Anerkennung 9 december) and the offspring can be  registrated now in FWB or Hannoveraner Verband.

This lovely stallion is now  For Sale and we  wish to find a rider who would love this stallion as much as we do.  He is easy to ride even though he is a stallion. He has been competed  since 2011 with Jeanna Högberg and been in breeding every summer in Finland since 2008 . He is healthy and in competition condition.  He is at the moment in Germany at Helen Langehanenberg . Inquires  by telephone +358400166325  (Anne Niemi, Dr.vet.med) or  by e-mail info@anneniemi.fi  .

We have frozen semen available, which can be shipped in EU. Fresh semen is available when the stallion is in Finland. Stallion is approved in Hannover and the licence for 2015 is paid as well. Order by telephone +358-400166325 or by e-mail: anne.niemi@fimnet.fi

“Duendecillo is a stallion which have had it easy to lern things up to Grand Prix. He has specially good  hindleg activity and  an extraoridnary canter. Piaffe and passage are really easy for him. He is as well a stallion with good competition attitude and he is noticed everywhere he goes.”

¨I have seen a couple of young horses in training, and they have shown good technique and a super attitude in jumping. This, combined with great movements should make the stallion interesting for breeding event horses. ¨ 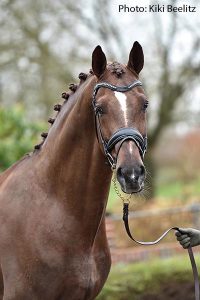 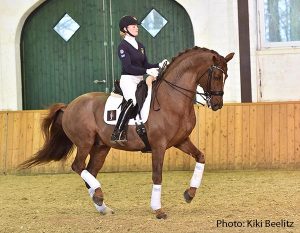 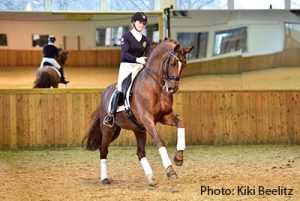 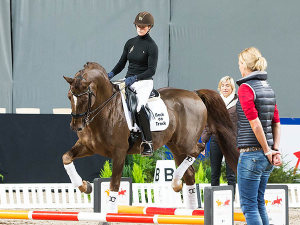 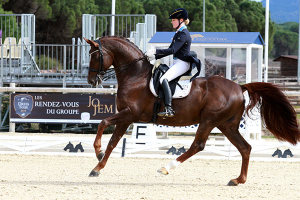